What Happens in Mos Vegas - Historicon 2022 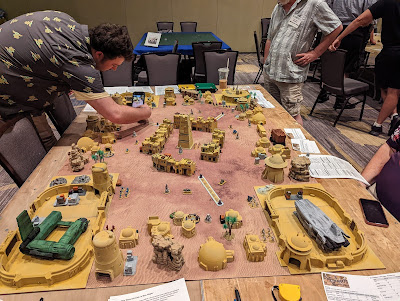 Had a great time at Historicon. The game ran fairly well. There will be a few minor tweaks and additions to add more heroic feel and help characters survive. FUBAR 4th edition rules were used for the skirmish combat. A set of speeder bike racing rules are being developed after some playtesting at the Con. Hope you all enjoy.
What Happens in Mos Vegas - Google Doc
https://fubarwargames.files.wordpress.com/2014/07/fubar-core-rules-4th-edition.pdf

Skirmish game for up to 10 people. Board will be 4x6 and contain desert buildings and spaceport bays. Each faction will start at a specified location and attempt to complete their main objective. Victory points will be awarded for completing primary, secondary, and bonus objectives. Some modified values, but based on Fubar 4th edition core rules. Each character in the faction group will have a special ability with limited use.
Player Factions:

Going to try team activation to move things along. Teams will be: Alliance, Empire, Syndicate, Warlord/Jawas, Security. A player from each team will choose a number token out of a bag for order of activation.

12 droids will be divided and placed among the droid workshops. Workshop and droid will be determined by the GM. Players must successfully roll an Expertise to see if a droid has the plans. Once found, the droid will move with the player’s unit..

Players searching for the spy will be given a location of the area that the building with the spy is in. Players must successfully roll an Expertise to search the building by having a mini adjacent. Once found, the spy will move with the unit.

A jawa miniature must successfully roll an Expertise to: stun a droid and apply a restraining bolt OR hotwire a skimmer. Player can attempt an activation next round, after a failure. Only 1 droid and 1 skimmer can be returned to the crawler at a time.

Security guards may capture and jail adversaries by a successful Expertise once they are adjacent to  another mini that has been marked as a suppression. Guards cannot capture an adversary if there are active enemies within 3” of the suppressed mini.

Posted by Rothgar at 9:16 AM No comments: 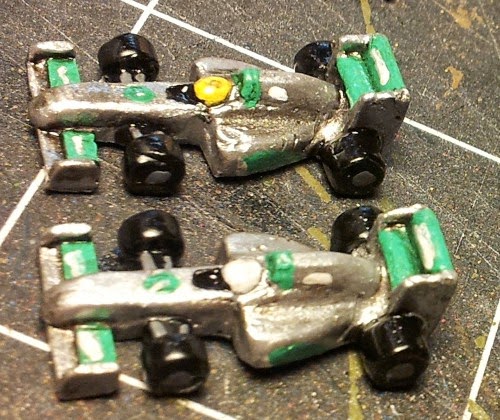 Not taking any more orders at this time. 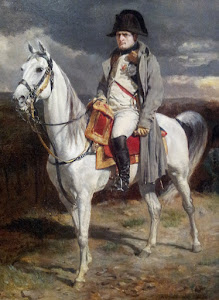